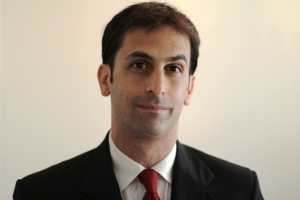 Paul Sippil is a certified public accountant and registered investment advisor.  He graduated from the University of Illinois in Champaign with a degree in accountancy in May of 2000.  He began his career as an auditor in public accounting.  He became an independent financial advisor in October of 2003, initially focusing on providing comprehensive financial planning solutions for business owners in the estate, business, investment, and insurance planning areas.  In his meetings and conversations with clients and prospects, however, he began to notice a significant disconnect between the knowledge they possessed about their group retirement plans and the knowledge the service providers possessed.  Most of them believed that their plan was free and that everything was taken care of because it had been “reviewed by their advisors”.

He knew their assertion was made out of a lack of sufficient knowledge because he saw the difficulty in evaluating the quality and costs of these “bundled” plans, where all plan expenses were combined into a single source and not listed separately.  He observed that the vast majority of actively managed funds consistently lagged behind their respective indices, yet the vast majority of group retirement plan assets were still invested in these actively managed funds.  He concluded that the participants were not actually choosing this path for themselves, but instead were being falsely led down a path that only stood to profit the retirement plan providers due to their substantial economic interest they had in promoting actively managed funds.

Upon seeing the informational advantage that retirement plan providers enjoyed without the economic consequences of the free and competitive market to punish their behavior, Paul decided to provide a service to plan sponsors and participants that empowers them to make better retirement planning decisions.

For more information about Paul’s research, you can go to:

Uncovering the corruption, excessive and hidden fees, and conflicts of interest in the retirement plan industry